The Key Habits of a Happy Brain: The Art of Taking Action

In every one of us, there are two sides to our brains that control our habits and actions. In ancient traditions, these two warring sides were sometimes referred to as the Rider and the Elephant.

Most of us would like to think that we’re the Rider and the great Elephant obeys our every command. In reality, however, the majority of people – whether we realize it or not – are almost entirely controlled by our emotions.

And that’s where habits come in. These repetitive experiences are fueled almost entirely by our emotions. That’s why it seems so effortlessly easy to develop bad habits while creating new healthy habits can often seem like an impossible task.

But if we dig beneath the surface, we actually find that habits are incredibly useful biological constructs that are designed to make our brains happy, healthy and more efficient. In fact, according to some research, 40% of what we do on a daily basis is purely driven by habit. That means habits aren’t something we can simply ignore. They’re a part of how we operate as human beings.

The problem, however, is that most of us aren’t taught how to effectively use and design habits, and so we often end up with more bad habits than good ones. The Elephant takes over and the Rider gets thrown from the saddle.

So then how do we build a more happy and productive brain? The first step is the consider the challenge of habit loops.

Most habits fall into a very straightforward process that ends up looping back around itself. Here’s how it works:

While the process of a habit loop is fairly simple, there are a number of important takeaways we need to understand.

Breaking the Habit Loop: How to Build a Happy Brain

So how do we break a bad habit loop? The answer is surprisingly simple: we start small.

This seems to go against the grain of what most people believe. After all, massive change requires massive action, right? Whether we want to lose 50 pounds, write a book, start a business or achieve some other major life goal, we tell ourselves that these huge changes require some kind of huge sacrifice or shift in our mindset.

The reality is this simply isn’t the case. In fact, research shows that setting small, definable goals is really the best way to build habits.

If we improve by even 1% a day, that might not seem like much at the time. But over the course of a year, it can result in significant life-changing results.

The seed of every habit is a single tiny decision that’s often planted by our emotions. But as that decision is repeated, a habit sprouts and grows stronger. Roots entrench themselves and branches grow.

We need to think of habits and motivation as skills – like playing piano or learning to play tennis. Habits aren’t something some of us have and others don’t. Just like anything else they take time and practice to learn.

Top performers in every field, be they athletes, musicians, CEOs or artists all share one key trait in common: they’re more consistent than their peers. They show up and deliver day after day while everyone else gets bogged down with the urgencies of daily life and fights a constant battle between procrastination and motivation.

One great example of this comes in a usual place: a comedy club.

Brad Isaac was a young comedian starting out on the circuit. One fateful night, he found himself in a club where Jerry Seinfeld was performing. In an interview on Lifehacker, Isaac shared what happened when he caught Seinfeld backstage and asked if he had “any tips for a young comic.”

Here’s how Isaac described the interaction with Seinfeld:

“He said the way to be a better comic was to create better jokes and the way to create better jokes was to write every day. He told me to get a big wall calendar that has a whole year on one page and hang it on a prominent wall. The next step was to get a big red magic marker. He said for each day that I do my task of writing, I get to put a big red X over that day. After a few days, you’ll have a chain. Just keep at it and the chain will grow longer every day. You’ll like seeing that chain, especially when you get a few weeks under your belt. Your only job is to not break the chain.”

And that’s one of the simple secrets behind Seinfeld’s remarkable productivity and consistency. While most people get demotivated and off-track after a bad performance, a bad workout, or a bad day at work, top performers settle right back into their pattern the next day. The Seinfeld Strategy works because it helps to take the focus off of each individual performance and puts the emphasis on the process instead. It’s not about how you feel, how inspired you are, or how brilliant your work is that day. Instead, it’s just about “not breaking the chain.”

A Word of Warning

While the process of building new and healthy habits might seem easy, one potential stumbling block is setting realistic goals. You need to pick a task that is meaningful enough to make a difference, but simple enough that you can get it done.

If Seinfeld had told Brad Isaac to write 200 pages of jokes every day, it simply wouldn’t work.

The same applies to us. It would be wonderful if we could all do two hours of cardio every day or run 30 km before breakfast, but for most of us, that’s simply not a sustainable chain to build. Those types of goals just reinforce our negative emotions and the habit doesn’t stick. The routine and the reward fail to connect.

Instead, the key is to choose a task that is simple enough to be sustainable. At the same time, you have to make sure that your actions are meaningful enough to matter.

For example, doing one pushup per day could be simple and meaningful depending on your level of fitness. It’s all about choosing tasks that are simple to maintain and capable of producing the outcome you want.

If you’re looking to improve your mental and physical performance or want to learn more about the habits of a happy brain, we can help. Contact Align for Performance today.

Alina Butunoi is one of Ottawa's most respected brain training and pain management practitioners. A previous nominee for the Ottawa 40 Under 40 business leaders, she is also a certified Movement Neurology Specialist with Z-Health, a cutting-edge neuro-exercise system that helps improve health, alleviate pain and maximize athletic performance. 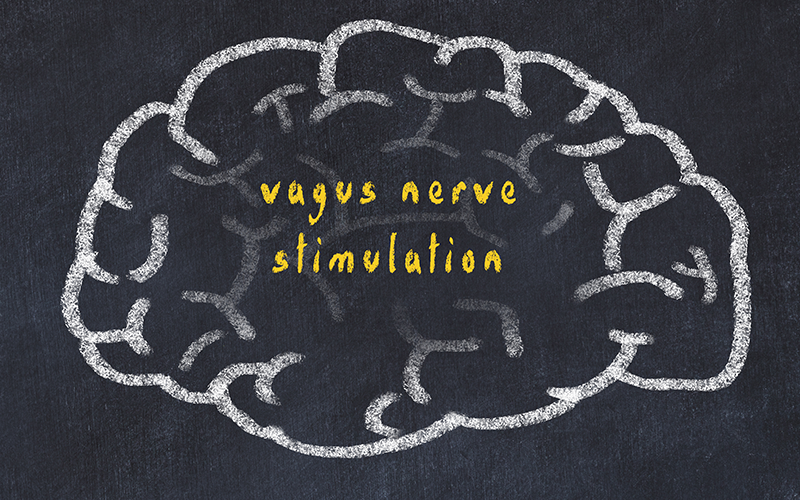 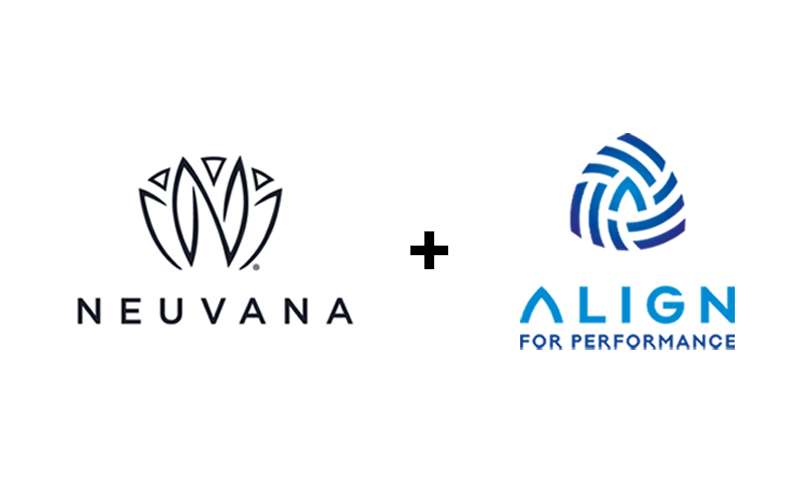 Affiliation between Neuvana and Align For Performance 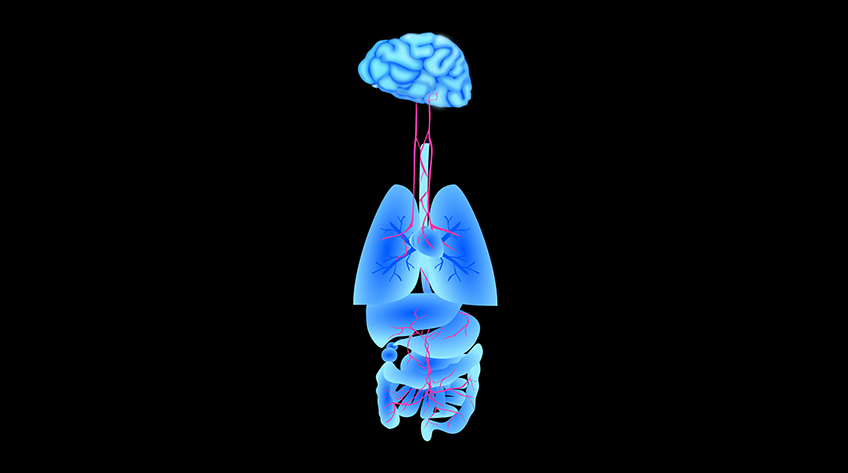 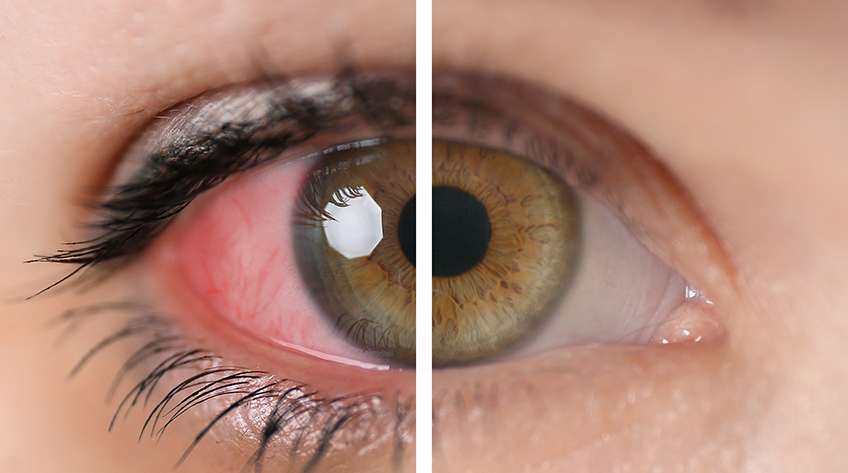 How to Reduce Visual Fatigue in 6 Steps

Enhance your body and mind with
Align for Performance.